Iran nuclear program may be on UN's agenda 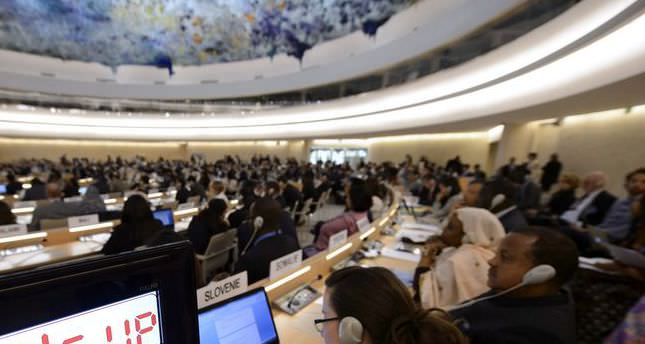 by Aug 05, 2014 12:00 am
Iran and six world powers will probably discuss a potential deal on Tehran's nuclear programme on the sidelines of the annual U.N. General Assembly (UNGA) in September, the state news agency IRNA quoted a senior Iranian negotiator as saying.

Negotiations are to resume in Europe next month based on a deal between Iran and the powers - the United States, France, Germany, Britain, Russia and China - in July to extend the process by four months after failing to meet a July 20 deadline.

"A meeting between Iran and the (powers) is very likely to take place around the UNGA, but the level of the meeting has yet to be determined," IRNA quoted senior Iranian negotiator Abbas Araghchi, a deputy foreign minister, as saying on Monday.

He said the Islamic Republic would take advantage of the opportunity provided by the General Assembly, due to convene on Sept. 16 with foreign ministers and their delegations present.

Araghchi said it was possible that one or two bilateral meetings would be held between Iranian Foreign Minister Javad Zarif and his European counterpart, Catherine Ashton, who coordinates the six powers' approach to Iran.

The senior diplomat added that multilateral and expert-level meetings could be held before the General Assembly.

Iran and the six world powers struck an interim agreement last November under which Tehran agreed to suspend some of its sensitive nuclear activity in return for the easing of some international sanctions imposed on it.

Araghchi said the next round of negotiations would probably be launched in Vienna or Geneva but gave no precise date.

"In reality, we have found that after eight months of negotiations this is a very complicated process," he said.

Iran wants a permanent agreement that would quickly remove all sanctions that have crippled its oil-based economy but has balked at the powers' overriding demand that it greatly reduce its capacity to stockpile enriched uranium for nuclear fuel.

Araghchi told IRNA: "What is certain is that the other side wants a longer time and we want a shorter time for negotiations and (realizing) our demands."

A breakthrough agreement could significantly reduce the risk of a wider Middle East conflict over the decade-old nuclear dispute.