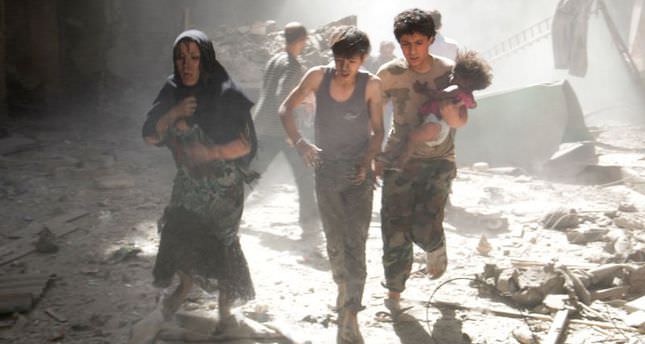 by AA Aug 06, 2014 12:00 am
At least 41 people, including three children and three women, have been killed in air and ground operations across Syria by forces loyal to President Bashar al-Assad, opposition activists said.

Syria has been gripped by constant fighting since the regime launched a violent crackdown in response to anti-government protests in March 2011, triggering a conflict which has spiraled into a civil war.

The UN has stopped updating its death toll for the country saying an official count had become too difficult to verify.