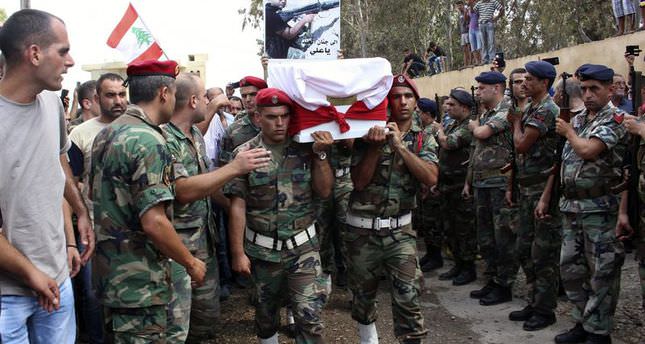 by Associated Press Aug 06, 2014 12:00 am
Fighting flared up on Wednesday in a Lebanese border town held by militant extremists from neighboring Syria after a negotiated truce collapsed overnight, Lebanon's state news agency reported.

The cease-fire, mediated by Muslim clerics, was meant to end four days of fighting in the eastern town of Arsal and allow for negotiations for the release of captive Lebanese soldiers.

According to the National News Agency, fighting broke out again after the Syrian militants opened fire on Lebanese troops on early on Wednesday. Clashes between Lebanese soldiers and the extremists then spread through several fronts across the town.

Syrian militants overran Arsal on Saturday, seizing Lebanese army positions and capturing a number of soldiers and policemen. So far, 17 Lebanese troops have been killed and at least 22 soldiers and an unknown number of policemen have been declared as missing. Tens of thousands of Lebanese civilians and Syrian refugees have been able to leave the area.

It is the first time in Syria's three year conflict that rebels battling President Bashar Assad have carried out a large-scale incursion into Lebanon, raising fears that the tiny country is being further drawn into its larger neighbor's bloody civil war.

Syria's conflict began in March 2011 as a popular uprising against Assad's rule, but turned into an insurgency after government forces violently cracked down on demonstrators. It has since become civil war with sectarian overtones.

Over 170,000 people have been killed in Syria, nearly a third of them civilians, in more than three years of fighting, activists say.