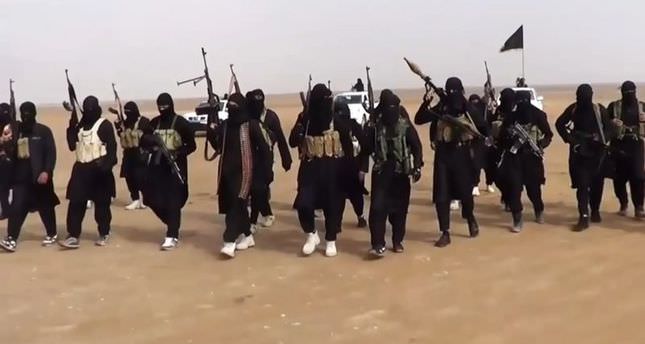 by AA Aug 06, 2014 12:00 am
As many as 500 people from Iraq's Yazidi religious minority have been killed by the terrorist group Islamic State of Iraq and the Sham – ISIS – in the town of Sinjar since Sunday, a Yazidi lawmaker has claimed.

"ISIS has killed 500 Yazidis and abducted 500 women as slave concubines in Sinjar," Iraqi MP Fayyan Dahel told a press conference Tuesday in the parliament in Baghdad.

He said the enslaved women had been taken to some areas near the city of Tel Afar, which is also under ISIS control.

The ISIS-led militants seized control of the town of Sinjar near the city of Mosul on Sunday after fierce clashes, which saw Kurdish Peshmerga forces withdraw from the region they had protected since insurgents overran Mosul and surrounding localities in June.

Sinjar is the traditional home of the Yazidi, an eclectic religious sect fusing Zoroastrian, Manichaean, Jewish, Nestorian Christian and Islamic elements. It is regarded as heretical by orthodox Islamic scholars.

"The Yazidi religion is currently being wiped out at the hands of ISIS," Daheel said, warning against a possible genocide.

He said around 100 people had lost their lives out of the 30,000 Yazidis who had fled for shelter following the advance of ISIS.

Tension continued to remain high in Iraq after the ISIS-led militants, also backed by tribal fighters, seized Iraq's second-largest city Mosul on June 10 and captured a number of other cities in the north, including Tikrit and Tal Afar.