Israeli General: In Gaza, there is no such thing as 'innocent civilians' 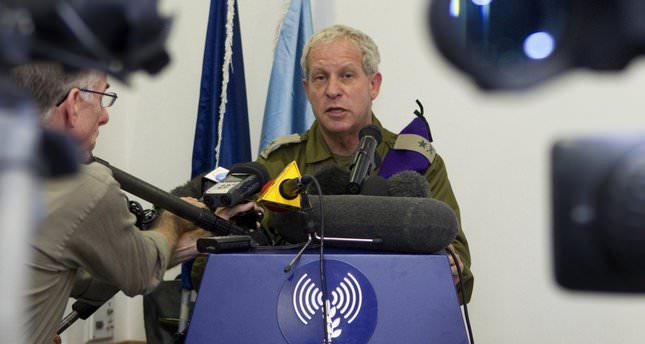 by Daily Sabah Aug 06, 2014 12:00 am
Retired Israeli General Giora Eiland stated that there is no such thing as innocent civilians in Gaza, after nearly 2,000 Palestinians have been killed including women and children in Israeli's last Gaza offensive.

Article, "In Gaza, there is no such thing as 'innocent civilians'" published on a Israeli website on Monday, where Giora said that people in Gaza are to blame for this situation just like Germany's residents were to blame for electing Hitler as their leader and paid a heavy price for that, and rightfully so."

"Hamas is not a terror organization which came from afar and forcibly occupied Gaza. It's the authentic representative of the population there. It rose to power following democratic elections and built an impressive military ability with the residents' support," said Eiland as he was describing Hamas.

He said that the right thing Israel should have done was declared a war against the state of Gaza rather than Hamas.

"The moment it begins, the right thing to do is to shut down the crossings, prevent the entry of any goods, including food, and definitely prevent the supply of gas and electricity."

Eiland later added that Gazan people and Hamas should be considered together."We must avoid the artificial, wrong and dangerous distinction between the Hamas people, who are "the bad guys," and Gaza's residents, which are allegedly "the good guys."

Such comments made does not seem to be so unpopular in Israel, since an Israeli member of parliament previously stated "Palestinians are our enemy and their blood should be in our hands. The mothers of the terrorists who are dead should also be killed."

Israel launched a ground invasion of Gaza on 7 July, at least 1,900 Palestinians, mostly civilians, were killed and 9,470 wounded in Israeli attacks since July 7, according to the Palestinian Health Ministry.

More than 475,000 Palestinians have been internally displaced within the Gaza Strip and 373,000 children in Gaza have had traumatic experiences as a result of the operations and need urgent psychological support, according to the United Nations children's fund, UNICEF.