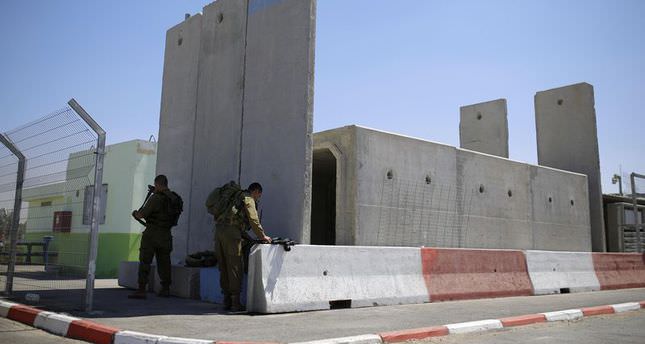 Over 400 trucks loaded with medical supplies, food and fuel have already been allowed into the Gaza Strip

"The Israeli occupation has notified us about its decision to re-open the crossing so that we can enter the goods we have agreed upon earlier," Nazmi Mehanna, the head of the Gaza Border Authority, told Anadolu Agency.

"They have not told us though whether the crossing would remain open," he added.

Over 400 trucks loaded with medical supplies, food and fuel have already been allowed into the Gaza Strip.

The Israeli decision to reopen the crossing, closed since July 25, came a day after Palestinian factions and Israel started observing a three-day ceasefire in the blockaded Gaza Strip.

According to the Palestinian Health Ministry, at least 1867 Palestinians, mostly civilians, were killed and 9470 wounded in Israeli attacks since July 7.

Blockaded by Israel since 2006, the coastal enclave has seven crossings connecting it to the outside world, six of them controlled by Israel and the seventh by Egypt.

It keeps Kerem Shalom functioning, on and off, for commercial purposes and Erez for the movement of individuals between Gaza and the West Bank.