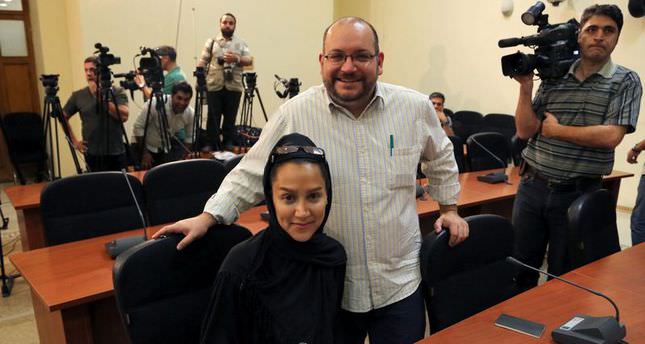 by Associated Press Aug 06, 2014 12:00 am
A spokeswoman for Iran's Foreign Ministry said Wednesday still there is no new information about the Washington Post correspondent detained with three others last month.

Spokeswoman Marzieh Afkham told journalists at a news conference that "should new information be provided (by the judiciary), we will announce it."

The Washington Post has said Rezaian, 38, holds both American and Iranian citizenship. His wife is an Iranian citizen who has applied for U.S. permanent residency and works as a correspondent for a newspaper based in the United Arab Emirates. There were no details released about the photojournalists.

"These persons who were detained are subject to the same law," she said. "However, we are following up the issue for any update and are in touch with relevant authorities."

Gholamhossein Esmaili, the director-general of Tehran province's justice department, previously was quoted by Iran's official IRNA news agency as saying Rezaian had been "detained for some questions."

Esmaili said at the time that Iranian security forces are "vigilant towards all kind of enemies' activities." He didn't elaborate.