US sanctions on 'financiers' of ISIS, al-Nusra 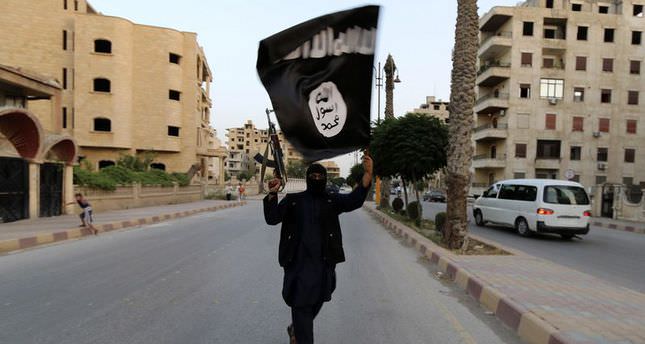 by AA Aug 06, 2014 12:00 am
The U.S. Treasury Department said Wednesday it placed sanctions on three Kuwaitis for allegedly financing the activities of the Islamic State of Iraq and Sham, and of al-Qaeda-linked al-Nusra Front in Syria and Iraq.

"Today's actions target individuals who play key roles in the external financing and facilitation of terrorists in Syria and Iraq, including particularly dangerous foreign fighters," the department said in a statement.

Two of the designated individuals, Shafi Sultan Mohammed al-Ajmi and Hajjaj Fahd Hajjaj Muhammad Sahib al-Ajmi, are based in Kuwait and are claimed to support al-Nusra Front, based in Syria and a participant in the ongoing civil war. The other individual, Abd al-Rahman Khalaf 'Ubayd Juday' al-Anizi, is accused of financing ISIS, which has declared an Islamic caliphate on the lands it carved out in Iraq and Syria.

The U.S. administration has frozen any assets of these individuals under U.S. jurisdiction and the treasury has prohibited any U.S. person from doing business with them.

"Through fund-raising appeals on social media and the use of financial networks, Shafi al-Ajmi, Hajjaj al-'Ajmi, and al-'Anizi have been funding the terrorists fighting in Syria and Iraq," said Under Secretary for Terrorism and Financial Intelligence David S. Cohen.

"We and our international partners, including the Kuwaiti government, need to act more urgently and effectively to disrupt these terrorist financing efforts," he added.

While the two Kuwaitis are designated for their support to al-Nusra Front in Syria, Juday al-Anizi is said to have facilitated ISIS's transfer of funds from Kuwait to Syria.