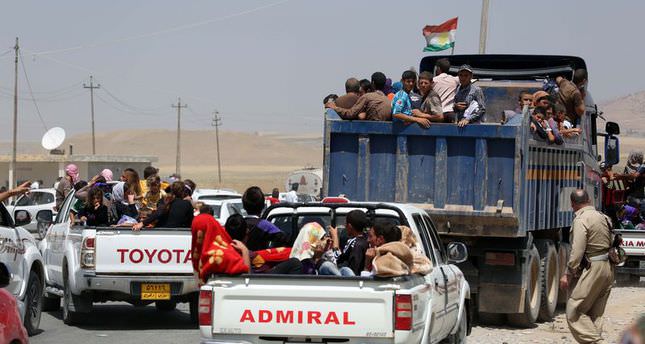 by Associated Press Aug 07, 2014 12:00 am
France says it has asked the U.N. Security Council for an emergency meeting over Iraq.

France's Foreign Minister Laurent Fabius said Thursday France was "very deeply concerned by the ... seizure of Qaraqoush, Iraq's biggest Christian village, and by the intolerable abuses committed." He asked that the international community mobilizes itself against the threat and brings help.

Britain holds the Security Council presidency this month and its U.N. Mission tweeted that the council will hold closed consultations on Iraq Thursday after talks about the situation in central Africa.

The capture of Qaraqoush and at least four other nearby hamlets by the group that calls itself the Islamic State brings their soldiers to the very edge of Iraqi Kurdish territory and its regional capital, Irbil. Witnesses say tens of thousands of civilians and Kurdish fighters have fled.

Fabius said it is the civilian population and the religious minorities that are the worst hit.

The Islamic State group seized large chunks of northern and western Iraq in a blitz offensive in June, including Iraq's second-largest city of Mosul. The onslaught has pushed Iraq into its worst crisis since the 2011 withdrawal of U.S. troops.