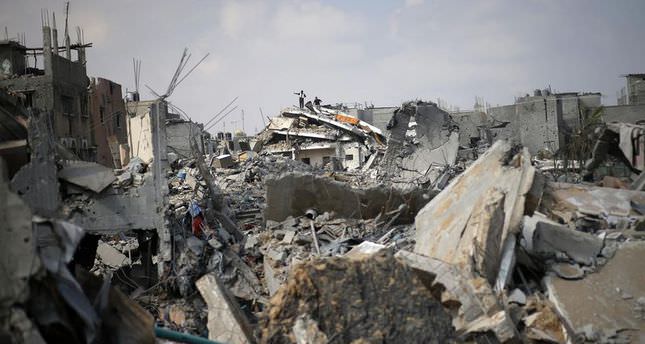 "I can confirm that Israel has agreed to an Egyptian proposal to unconditionally extend the ceasefire for another 72 hours," Israeli Foreign Ministry spokesman Yigar Palmor told Anadolu Agency on Thursday.

"I don't know about Hamas' position regarding this," he said.

Israel and Palestinian factions are currently observing an Egyptian-brokered three-day ceasefire that came into effect on Tuesday morning.

It is expected to expire on Friday morning unless extended.

The two sides are currently in Cairo for indirect talks aimed at reaching a long-term ceasefire agreement.

Palmer declined to discuss the contents of the Cairo talks.

"A negotiation is taking place and we will communicate about it after it ends and its outcome is made public," he told AA.

Israel has already completely withdrawn its forces from the besieged coastal enclave.

The Cairo talks followed nearly a month of unrelenting Israeli attacks on the Gaza Strip-home to some 1.8 million Palestinians.

At least 1886 Palestinians, mostly civilians, were killed and nearly 9800 others injured in the Israeli attacks, according to the Palestinian Health Ministry.

Three Israeli civilians were also killed in rocket attacks by the Palestinian groups on Israeli cities and towns.

Israel has also confirmed that 64 soldiers had been killed in battles with Palestinian fighters inside the Gaza Strip.