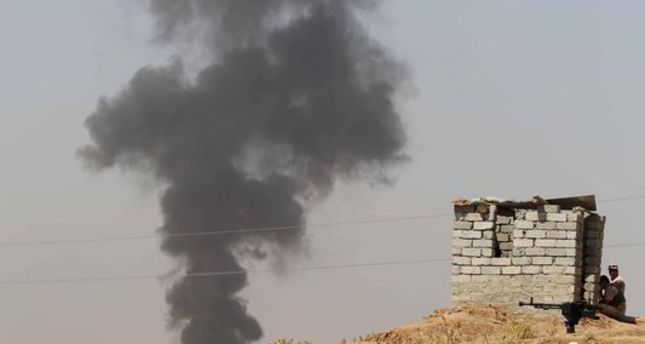 by Aug 07, 2014 12:00 am
Terrorists from the self-proclaimed Islamic State of Iraq and al-Sham (ISIS) group have seized parts of a military base in Syria's Raqa province after launching triple suicide bomb attacks at its gates, a monitor said Thursday.

The Syrian Observatory for Human Rights said the militant group was engaged in heavy fighting with troops at Brigade 93 in Raqa, where ISIS already controls the regional capital and significant amounts of territory.

The fighting began on Wednesday night, after three ISIS fighters blew themselves up at the entrance of the base and around it.

The initial explosions killed and wounded "dozens" of regime troops, the Observatory said, with director Rami Abdel Rahman saying there was no confirmed death toll yet.

The group said ISIS fighters "were in control of large parts of the base".


Many regime troops had withdrawn to Brigade 93 last month, after ISIS seized the Division 17 base, killing at least 85 soldiers, according to the Observatory.


That assault left nearly all of Raqa province under ISIS control, except Brigade 93 and Tabaqa military airport, which were still held by the army.

The two-day assault on Division 17 saw more than 50 troops summarily executed, including some who were beheaded, with militants later putting their severed heads on display.

ISIS which first emerged in Syria's war in spring 2013, has since imposed near-total control in Raqa province and Deir Ezzor on the Iraq border.
In June, the group proclaimed a "caliphate" straddling Syria and Iraq.

But the extremist group's abuses and quest for domination has turned the opposition against it.