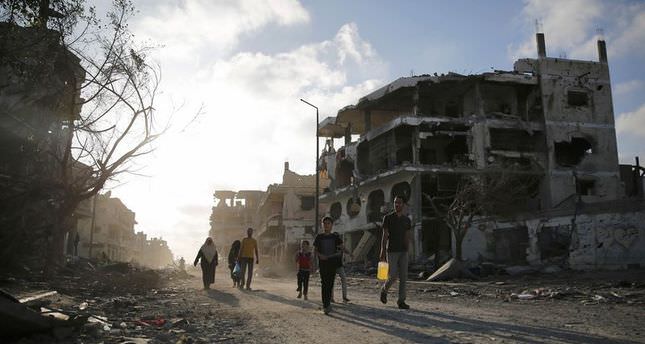 by Aug 07, 2014 12:00 am
Israel would respond to any rocket fire from Gaza after the expiry of the current ceasefire, the army said Thursday.

"We are taking the threat seriously" of a resumption of rocket fire, Erdan said.

Hamas spokesman Sami Abu Zuhri said Wednesday that extending the 72-hour ceasefire, due to expire early Friday, was not under discussion, despite earlier reports to the contrary.

Israel sent a delegation to Cairo on Tuesday for indirect talks with the Palestinians through Egyptian and American mediators.

The Palestinians want Israel to end its crippling 8-year-long blockade on the Gaza Strip among other demands before they would agree to any long-term ceasefire.

Israel is conditioning ending the blockade on disarming Hamas in the Gaza Strip.

At least 1,886 people have been killed and more than 9,800 in the month since the start of Israeli operation against Gaza, according to the Palestinian Health Ministry.

On the Israeli side 64 soldiers and three civilians have died, and more than 500 people have been injured.