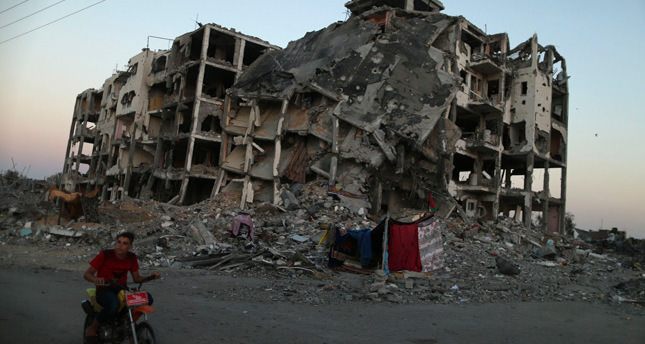 by AA Aug 07, 2014 12:00 am
A former Hamas spokesman died Thursday of injuries sustained in an earlier Israeli attack on the Gaza Strip.

"Hamas mourns martyr Ayman Taha, who succumbed to wounds sustained in an Israeli attack that targeted an apartment in Gaza City," the Islamist resistance faction said in a statement.

The group lauded the former spokesman for "sacrifices" he offered the movement and the Palestinian people.

At least 1886 Palestinians have been killed and 9800 others injured in four weeks of Israeli attacks on the Gaza Strip since July 7, according to the Palestinian Health Ministry.

The offensive came to a halt earlier this week under an Egyptian-brokered three-day ceasefire, which will end at 08:00am on Friday.