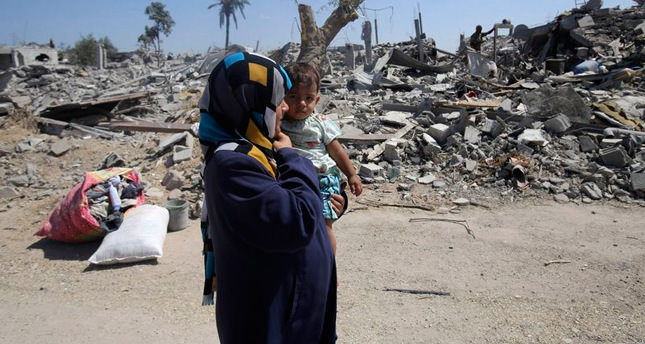 The Israeli army said Wednesday that no breaches were reported in the first day of a 72-hour cease-fire in the Gaza Strip.

According to the Palestinian Health Ministry, at least 1,867 Palestinians, mostly civilians, were killed and 9470 wounded in Israeli attacks since July 7.

Israel destroyed 5,510 homes and damaged 30,920 others. It was reported that approximately 475,000 people have been internally displaced.