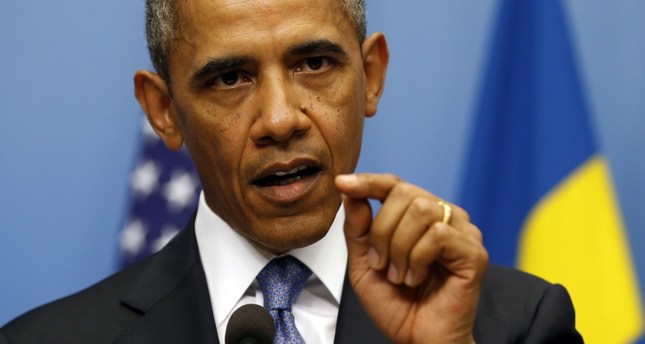 by Associated Press Aug 09, 2014 12:00 am
President Barack Obama says U.S. airstrikes in Iraq have succeeded in destroying arms and equipment that could have been used against the Kurdish capital of Irbil.
He says humanitarian efforts continue to airdrop food and water to persecuted religious minorities stranded on a mountaintop, and he says planning is underway for how to get them down.
Obama wouldn't give a timetable for how long the U.S. military involvement would last, saying it depends on Iraqi political efforts.
He says it won't be weeks but will take some time.
Obama also says the advance of the ISIS forces was more rapid than anticipated.
Obama made his comments on the South Lawn of the White House Saturday, just before boarding Marine One for his summer vacation in Massachusetts.
Last Update: Aug 09, 2014 8:49 pm
RELATED TOPICS