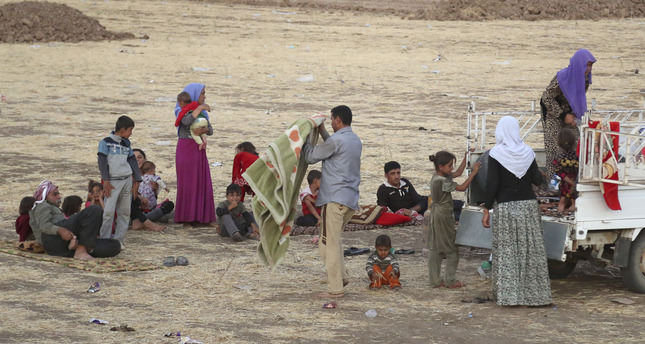 by Daily Sabah Aug 10, 2014 12:00 am
Muhammad Al Sudani, Iraqi Human Rights Minister has stated that there is concrete evidence about ISIS militants murdering over 500 Yazidi civilians and buried them into mass graves.

Minister Al Sudani added, "Terrorist organization ISIS has buried some women and children alive, while kidnapping 300 Yazidi women as slaves." He also added that there is solid evidence of those who have been buried alive.

The Yazidi people, an ancient minority, are a significant part of the population in Sinjar town, west of Mosul. Their faith is composed of elements of Christianity, Sufi Islam and Zoroastrianism and is regarded as heretical by some Muslims.
Last Update: Aug 10, 2014 3:13 pm
RELATED TOPICS