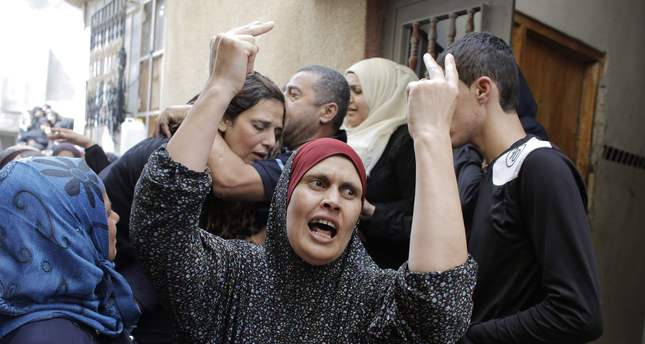 by AA Aug 11, 2014 12:00 am
A young Palestinian was killed and five others injured in an Israeli raid on northern West Bank early Monday.

"Zakariya al-Aqraa, 22, died after Israeli troops threw bombs and opened fire on a house in house in Qabalan town where he holed up," Ahmed al-Azaar, a local medic, told Anadolu Agency.

According to eyewitnesses, al-Aqraa refused to surrender to Israeli forces and engaged in an exchange of fire with them.

The Israeli troops partially demolished the house with a bulldozer, they added.

Five Palestinians-all from the same family - were injured when their nearby house was struck with an Israeli shell during the operation, medics said.

One of the five has been moved to hospital in critical condition, while the others sustained moderate wounds.

The Israeli army is yet to comment on the raid.