Shi'ite coalition in Iraq about to nominate PM 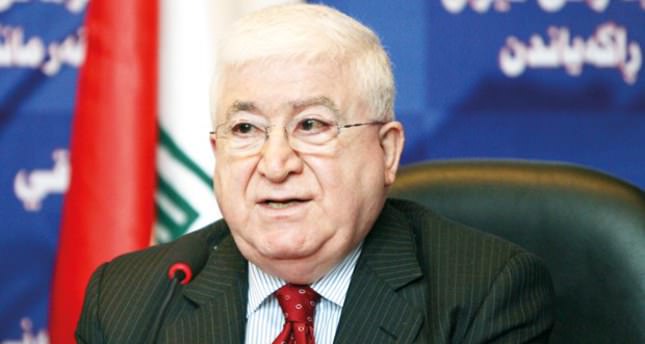 by Aug 11, 2014 12:00 am
A bloc comprising Iraq's biggest Shi'ite parties is close to nominating a prime minister, the deputy speaker of parliament said on Monday, directly challenging Nuri al-Maliki who has refused to give up his bid for a third term.

Haider al-Abadi's comments in a tweet came after police sources said special forces and Shi'ite militias personally loyal to Maliki had been deployed in strategic areas of Baghdad after he made a defiant speech on television suggesting he would not cave in to pressure to drop his bid to stay in office following a parliamentary election held in April.

Abadi is seen as a possible successor to Maliki, who has been premier since 2006 but has alienated some allies, including the United States, who blame him for failing to forge consensus and so fuelling sectarian violence that is breaking Iraq apart.

In his tweet, Abadi said government forces were moving around the capital in anticipation of security breaches. Police set up checkpoints at major intersections, some with armoured vehicles, and many roads were closed.

Maliki accused Iraqi President Fouad Masoum, from the ethnic Kurdish minority, of violating the constitution by missing a deadline for him to ask the biggest political bloc in the new legislature to nominate a prime minister and form a government.

"I will submit today an official complaint to the federal court against the president of the Republic for committing a clear constitutional violation for the sake of political calculations," Maliki said in the televised speech.

Serving in a caretaker capacity since the inconclusive election in April, Maliki has defied calls by Sunnis, Kurds, some fellow Shi'ites, regional power broker Iran and Iraq's top cleric to step aside for a less polarising figure.

Critics accuse Maliki of pursuing a sectarian agenda which has sidelined minority Sunni Muslims and prompted some of them to support self-proclaimed Islamic State of Iraq and Al-Sham (ISIS) militants, whose latest sweep through northern Iraq has alarmed the Baghdad government and its Western allies, prompting U.S. air strikes in recent days.

"Maliki knows it is very difficult to gain a third term and is playing a high-stakes game to try and ensure his authority and influence continue into the new government, despite who may officially become prime minister," said Kamran Bokhari, a Middle East specialist at analysis firm Stratfor.

Washington seems to be losing patience with Maliki, who has placed Shi'ite political loyalists in key positions in the army and military and drawn comparisons with executed former dictator Saddam Hussein, the man he plotted against from exile for years.

A State Department spokeswoman reaffirmed Washington's support for a "process to select a prime minister who can represent the aspirations of the Iraqi people by building a national consensus and governing in an inclusive manner".

"We reject any effort to achieve outcomes through coercion or manipulation of the constitutional or judicial process," she said in a statement, adding that the United States "fully supports" Masoum as guarantor of Iraq's constitution.

U.S. President Barack Obama has urged Iraqi politicians to form a more inclusive government that can counter the growing threat from ISIS.

But Maliki, an unknown when he first took office in 2006 with help from the United States, is digging in.

"Now we can see unprecedented deployment of army commandos and special elite forces deployed in Baghdad, especially sensitive areas close to the green zone and the entrances of the capital," one of the police sources said.

"These forces are now taking full responsibility of securing these areas of the capital."

Iraq's Interior Ministry has told police to be on high alert in connection with Maliki's speech, a police official told Reuters.