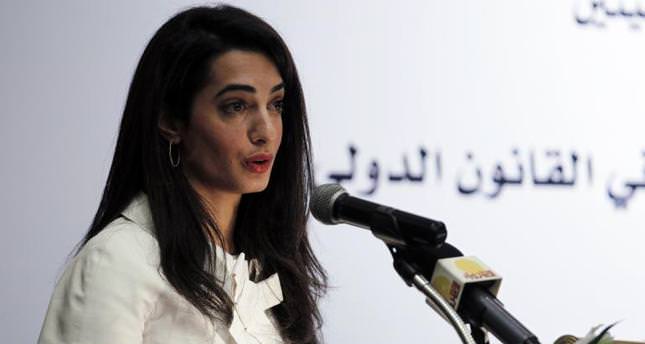 by Associated Press Aug 12, 2014 12:00 am
The British-Lebanese lawyer Amal Alamuddin, who is engaged to George Clooney, on Monday pulled out of an appointment to serve on a U.N. commission on possible violations of the rules of war in Gaza.

The president of the 47-nation U.N. Human Rights Council announced in a statement Monday that Alamuddin had been appointed on the commission, but the increasingly high-profile British-Lebanese lawyer later said she could not accept the role.

"I was contacted by the UN about this for the first time this morning," she said. "I am honoured to have received the offer, but given existing commitments -- including eight ongoing cases -- unfortunately could not accept this role."

It wasn't immediately clear what caused the confusion or if someone else would replace her. Other members of the commission include Canada's William Schabas, an international law professor at Middlesex University, who will be the chair, and Doudou Diene of Senegal, a lawyer who has filled U.N. posts on racism and human rights in Ivory Coast.

Gabon Ambassador Baudelaire Ndong Ella, who presides over the U.N.'s top human rights body in Geneva, said the commission would investigate all violations of international humanitarian and human rights law according to the council's July 23 resolution and report back in March 2015.

The Geneva-based advocacy group UN Watch called on Schabas to recuse himself from the commission because of prior statements critical of Israeli leaders.