Egypt officials accused of "crimes against humanity" by HRW 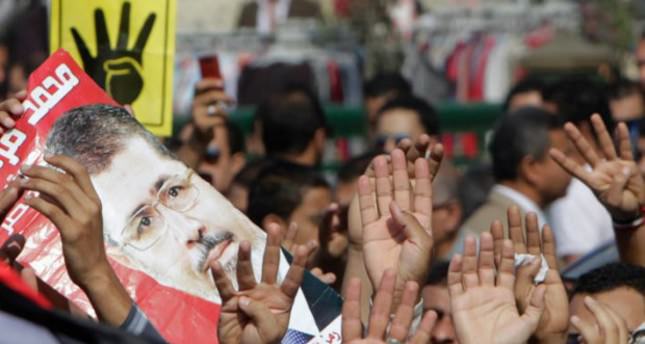 by Aug 12, 2014 12:00 am
Human Rights Watch on Tuesday accused top officials in Egypt of likely "crimes against humanity" in an August 14, 2013 crackdown in which hundreds of protesters were killed.

Security forces stormed two sit-ins of supporters of ousted president Mohamed Morsi in Cairo's Rabaa al-Adawiya and Nahda squares on that day, resulting in what HRW termed "one of the largest killings of demonstrators in a single day in recent history."

A HRW report said its own investigation into the crackdown and interviews with more than 200 witnesses showed that security forces intentionally used "excessive lethal force" in breaking the sit-ins.

"The killings not only constituted serious violations of international human rights, but likely amounted to crimes against humanity," according to the report, which HRW released to mark one year since the carnage.

HRW said its report identifies the most senior security officials and key leaders in the chain of command "who should be investigated .. including Interior Minister Mohamed Ibrahim, then defence minister Abdel Fattah al-Sisi, and Medhat Menshawy," who led the crackdown at Rabaa al-Adawiya.

According to an AFP correspondent who was at the square, more than 100 protesters were killed several hours into the crackdown.

Police said eight policemen also died in Rabaa, from a total of 42 policemen killed across Egypt that day.

Since that day, more than 1,400 people have died in street clashes, including the Rabaa carnage, over 15,000 jailed, among them Morsi and the top leadership of his Muslim Brotherhood, and over 200 sentenced to death in speedy trials.

Last August's crackdown was launched after thousands of pro-Morsi supporters refused to end their sit-ins despite repeated warnings by the authorities installed by then army chief and now President Sisi, who had ousted Morsi just weeks earlier.

Morsi, Egypt's first freely elected president, was overthrown after millions took to the streets demanding his resignation after just one year in office, accusing the Islamist of monopolising power and ruining an already dilapidated economy.

Sisi went on to succeed Morsi, becoming Egypt's second democratically elected president after a landslide victory in a May vote.

The crackdown was not "merely a case of excessive force or poor training," said Kenneth Roth, executive director of HRW in the report titled "All According to Plan: The Rabaa Massacre and Mass Killings of Protesters in Egypt."

"It was a violent crackdown planned at the highest levels of the Egyptian government. Many of the same officials are still in power in Egypt, and have a lot to answer for."

"It was raining bullets. I smelled tear-gas and immediately saw people being hit and falling down around me," said a businessman who was at the Rabaa al-Adawiya sit-in.

"I have no idea how many people were hit. We didn't hear any warnings, nothing. It was like hell."

Another participant described how alleged army snipers shot at demonstrators.

"They were hiding behind sandbags on top of the (military intelligence) building" near Rabaa al-Adawiya square, he said.

"They kept doing this: shoot, then hide."

HRW said the authorities have failed to take action against any officer accountable for any of the killings, "much less any official responsible for ordering them".

"An international investigation and prosecutions of those implicated are needed... states should further suspend military and law enforcement aid to Egypt until it adopts measures to end its serious rights violations," HRW said.

Roth and HRW's Middle East director Sarah Leah Whitson were barred from entering Egypt ahead of the release of the report.