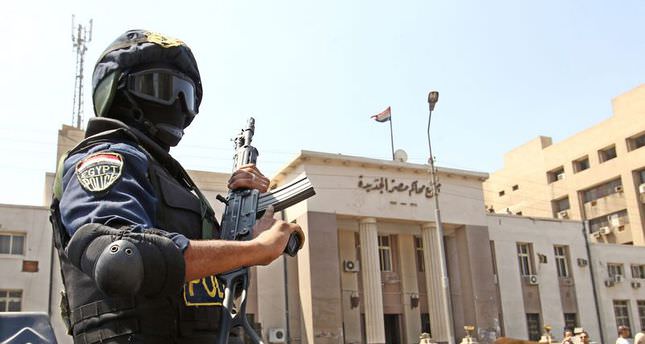 by AA Aug 12, 2014 12:00 am
A group of 50 Egyptian exiles calling themselves the Egyptian Revolutionary Council appointed in Istanbul on Friday people to run the organization which will campaign against the Egyptian military rule.

In a post on Facebook, Azzam said; "Egyptian people can fight against difficulties together. All politicians and movements leave all kinds of conflict behind, pay attention to the people whose rights are violated and having economic problems."

Secretary General Sharabi said people across the political and ideological spectrum aim to respect "legitimate leader and the will of the people" that Egyptians put forth after the revolution in the country.

Since his ouster, Morsi's supporters have staged almost daily rallies to denounce what they describe as last summer's "military coup" against the elected president and demand his reinstatement.