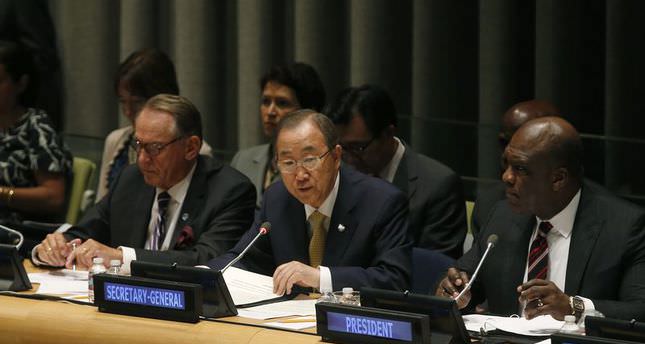 by Aug 12, 2014 12:00 am
U.N. Secretary-General Ban Ki-moon on Tuesday urged countries around the world to do more for Iraqi civilians who have fled the advance of ISIS in Iraq and sought refuge in remote mountain areas.

"The plight of Ezidis and others on Mount Sinjar is especially harrowing," Ban told reporters, adding that the "situation on the mountain is dire."

"I urge the international community to do even more to provide the protection they need," he said.

UN Secretary General also said that Iraqi security forces must not intervene in a political crisis sparked by the appointment of a new prime minister.

"It is imperative that the security forces refrain from intervening in the political process," Ban told reporters at UN headquarters in New York.