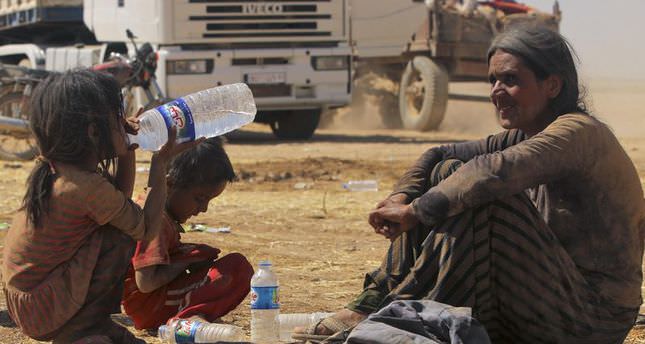 Tens of thousands from the minority Yazidi sect have fled their homes after invading militants from the ISIS gave them an ultimatum to convert to Islam or be killed.

The displaced have been stranded on the Sinjar mountain range near the Syrian border with little food and water.

The Iraqi military as well as the U.S. and its allies have been flying supplies to help the people.

Al-Moussawi said Tuesday it was a Russian-made helicopter but gave no details on casualties.