KRG demands more weapons from the US 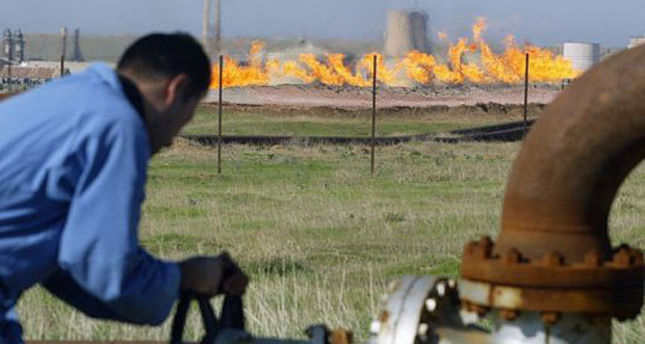 by Daily Sabah Aug 12, 2014 12:00 am
The U.S. airstrikes have reinvigorated Kurdish forces battling the ISIS militants in northern and western Iraq. Kurdish forces retook two towns from the militants on Sunday, achieving one of their first victories after weeks of retreating, a senior Kurdish military official said. Kurdish peshmerga fighters were able to push the militants of the ISIS group out of the villages of Makhmour and al-Gweir, some 28 miles (45 kilometers) from the Kurdish capital of Irbil, Brig. Gen. Shirko Fatih said.

Kurdish Regional Government President Massud Barzani in his article published on the U.S.-based Washington Post with the title of 'Kurds need more U.S. help to defeat Islamic State', appreciated the U.S. air strikes and demanded more weapons from the U.S. and other allies. "Today the people of Kurdistan and Iraq are threatened by a fanatical and barbaric terrorist organization that wishes to dominate Middle East. We are resolved to defeat this threat with the help of the United States and our friends around the world. Deliveries of heavy weapons are urgently needed for the pesh merga to achieve gains on the ground."
Last Update: Aug 12, 2014 9:29 am
RELATED TOPICS