At least five killed including a journalist as Gaza experts dismantle missile: Medics 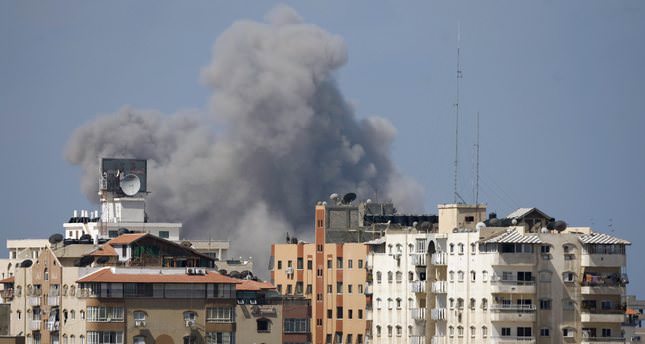 by Aug 13, 2014 12:00 am
A foreign journalist was among at least five people killed in northern Gaza on Wednesday as Palestinian experts were dismantling an Israeli missile, medics and officials said. Emergency services spokesman Ashraf al-Qudra said five people had been killed and several more seriously wounded.
"A number of explosives experts were killed while dismantling an (Israeli) missile in Beit Lahiya," said the interior ministry spokesman Iyad al-Buzam.

He said a foreign journalist was also among the dead.


The foreign journalist was killed while covering the work to dismantle the unexploded missile, although there was no official word on the victim's identity.


At least one other local journalist was badly wounded, an AFP correspondent said.

The blast occurred as Israel and Hamas were observing a 72-hour truce which expires at midnight local time as negotiators in Cairo tried to trash out a more permanent ceasefire arrangement.
Last Update: Aug 13, 2014 1:16 pm
RELATED TOPICS