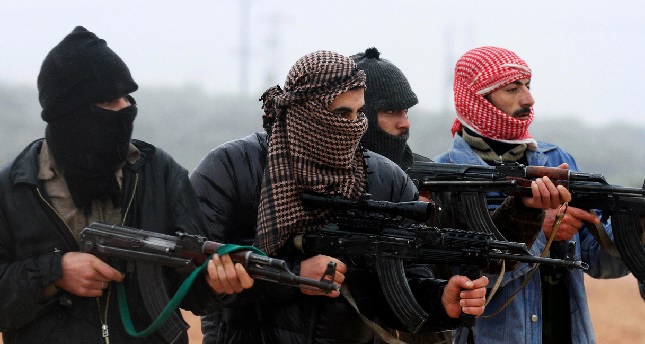 by Aug 13, 2014 12:00 am
At least 40 fighters were killed on Wednesday in fierce clashes between Syrian rebels and militants from the self-proclaimed Islamic State of Iraq and Al-Sham (ISIS) in the northern Syrian province of Aleppo, an NGO said.

"At least 31 rebel fighters and eight (ISIS) fighters were killed in clashes that ended with the militant group taking control of six villages in Aleppo province," the Syrian Observatory for Human Rights said.