US calls for Maliki to step aside 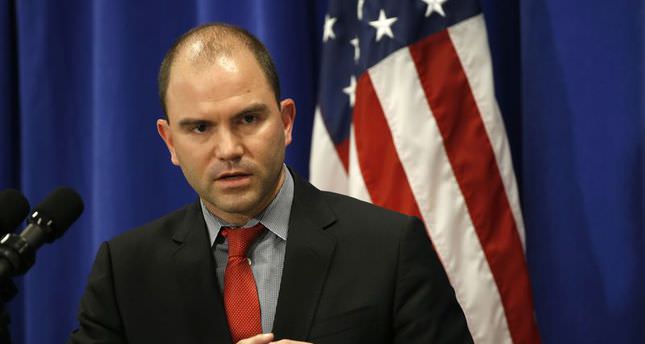 by AA Aug 13, 2014 12:00 am
The U.S. has declared its support to Haider al-Abadi, Iraqi Prime Minister-designate, and called for Nouri al-Maliki, the country's standing prime minister, to respect the formation a new government.

In a clear expression of the U.S.' support for Abadi, White House Deputy National Security Advisor Benjamin Rhodes said Wednesday: "The White House will be very glad to see a new government in place with Prime Minister Abadi the lead of that government."

The U.S. previously refrained from supporting any candidate claiming on a new government in Iraq.

"Our message to Prime Minister Maliki and to all Iraqi leaders is, this is the one process that is consistent with the Iraqi constitution that is going to lead to a new government," he said.

Washington has been calling for Iraqi leaders to form an inclusive government to fight against ISIS militants since early June when they overran several predominantly Sunni cities and towns in the northern parts of the country.

After failing twice, the Iraqi Parliament finally succeeded to gather and elect a Kurdish lawmaker, Fuad Masum, as the Iraqi President, and Salim al-Jabouri, a moderate Sunni Muslim, as the Parliament Speaker in mid-July.

The U.S. put leverage on Masum, calling him "the protectorate of the constitution," and welcomed Abadi, as a lawmaker of Shia bloc, to be designated as Prime Minister by Masum.

Although it was considered as a signal to Maliki to step down, U.S. officials declined to say that Washington has withdrawn its support to Maliki.