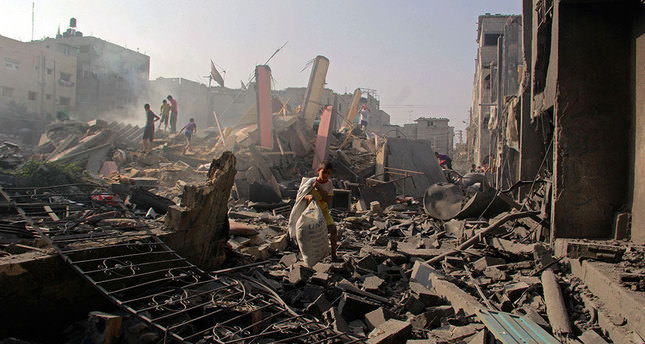 by AA Aug 14, 2014 12:00 am
The Palestinian death toll from Israel's weeks-long military onslaught on the Gaza Strip has risen to 1959, according to a Palestinian Health Ministry spokesman.

"Medics have pulled several dead bodies out from under the rubble of demolished homes in recent hours," ministry spokesman Ashraf al-Qodra told Anadolu Agency on Thursday.

He said at least 10,196 Palestinians had also been injured.