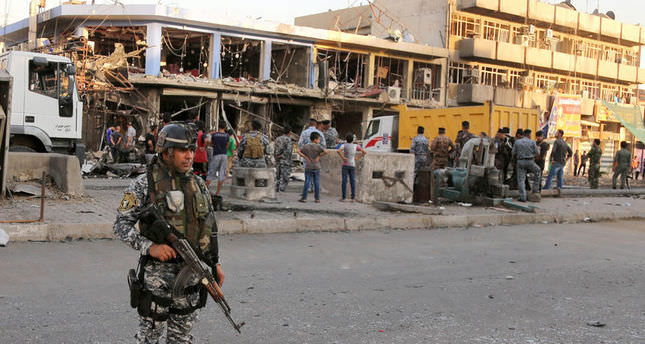 by Associated Press Aug 14, 2014 12:00 am
The United Nations has announced its highest level of emergency for the humanitarian crisis in Iraq in the wake of the onslaught by militants who have overrun much of the country's north and west and driven out hundreds of thousands from their homes.

The Security Council also said Wednesday it was backing a newly nominated premier-designate in the hope that he can swiftly form an "inclusive government" that could counter the insurgent threat, which has plunged Iraq into its worst crisis since the U.S. troop withdrawal in 2011.

Attacks by the self-proclaimed Islamic State of Iraq and al-Sham (ISIS) group and its militant allies this summer have captured large swaths of land in northern and western Iraq, displaced members of the minority Christian and Yazidi religious communities and threatened Iraqi Kurds in the Kurdish autonomous region in the north.

The U.N.'s declaration of a "Level 3 Emergency" will trigger additional goods, funds and assets to respond to the needs of the displaced, said U.N. special representative Nickolay Mladenov, who pointed to the "scale and complexity of the current humanitarian catastrophe."

The U.S. and Iraqi military have dropped food and water supplies, and in recent days Kurds from neighboring Syria battled to open a corridor to the mountain, allowing some 45,000 to escape.

The U.N. said it would provide increased support to those who have escaped Sinjar and to 400,000 other Iraqis who have fled since June to the Kurdish province of Dahuk. Others have fled to other parts of the Kurdish region or further south.

A total of 1.5 million have been displaced by the fighting since the insurgents captured Iraq's second-largest city, Mosul, in June and quickly swept over other parts of the country.

The United States has been carrying out airstrikes in recent days against ISIS fighters, helping fend back their advance on Kurdish regions.

Meanwhile, Iraq's central government in Baghdad has been mired in political turmoil, after the president nominated a Shiite politician, Haider al-Abadi, to form the next government, putting him on track to replace embattled Prime Minister Nouri al-Maliki.

Al-Maliki on Wednesday said he will not relinquish power until a federal court rules on what he called a "constitutional violation" by President Fouad Massoum. Al-Maliki insists he should have a third term in office but he is appearing increasingly isolated as the international community lines up behind al-Abadi, who has 30 days to come up with a proposal for a Cabinet.

The U.N. Security Council urged al-Abadi to work swiftly to form "an inclusive government that represents all segments of the Iraqi population and that contributes to finding a viable and sustainable solution to the country's current challenges."