World is watching Iraq, stepping up its support in Iraqi crisis 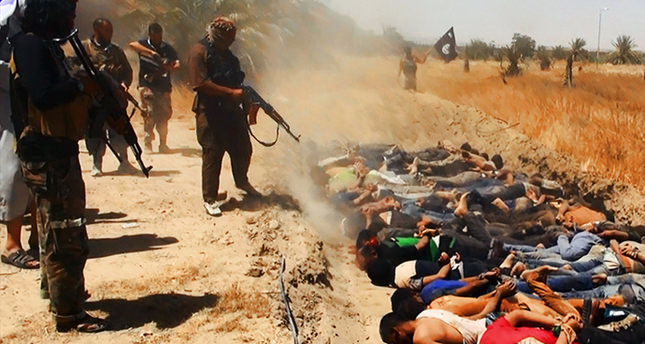 by Daily Sabah Aug 14, 2014 12:00 am
The alarming effect of the Islamic State of Iraq and al-Sham (ISIS) threat in Iraq has led many countries to increase their role in Iraq with a move to aid Kurdish forces in battling militants. Following a dramatic push by ISIS militants through northern Iraq, Western countries like Germany, the U.K. and France are considering intensifying their involvement in Iraq by providing more humanitarian and military aid to eliminate the ISIS threat. As the continuing political vacuum unleashes chaos throughout the country, Iraq has been in dire need of more assistance to stop the militants' slaughter of minorities, mainly Yazidis and Christians.

After U.S. airstrikes reportedly slowed the ISIS advance across Northern Iraq, the Obama administration sent about 130 additional military personnel to the Kurdish region of Northern Iraq, U.S. Defense Secretary Chuck Hagel said on Tuesday. The "assessment team members" arrived in the area around Iraqi Kurdistan's capital, Irbil, with the aim of "assess[ing] the scope of the humanitarian mission and develop additional humanitarian assistance options beyond the current airdrop effort in support of displaced Iraqi civilians trapped on Sinjar Mountain," rather than engaging in direct combat on the ground.

Britain announced on Tuesday night its military intervention in the humanitarian mission in Iraq through "deploying Chinook helicopters to land on Mount Sinjar to airlift some of the thousands of Yazidi refugees," the Guardian newspaper reported. British authorities held an emergency meeting, the Cobra meeting, chaired by the foreign secretary, Philip Hammond, and agreed to send military trucks to Irbil to launch the rescue operation.
Up until now, Britain has limited its mission to "dropping supplies of water and solar lanterns from RAF C130 Hercules aircraft," according to the Guardian.

In response to Kurdish appeals for humanitarian aid and arms, another emergency meeting was held by European Union foreign ministers on Tuesday to discuss supplying weapons to the Kurdish forces battling ISIS militants. The EU failed to agree on a joint position on this matter and stated that individual governments could send arms under set conditions coordinated with the Iraqi government. France and some eastern EU states are in favor of more EU involvement in the Iraqi crisis. Due to fears that ISIS militants poses a significant threat both to the Middle East and Europe, many countries are not keen to be militarily involved in the fight against the militants. The EU has called for increased international humanitarian support for Iraqis driven from their homes by the ISIS threat and welcomed the U.S. efforts to stop the advance of the militants. Also, the EU's executive Commission announced new aid, about 5 million euros (TL 14.4 million) for displaced people in Iraq.

German Foreign Minister Frank-Walter Steinmeier also urged "a united approach from the EU that would coordinate with the United States," reiterating the possibility of sending military assistance to the Iraqi government. "Humanitarian aid for everyone that needs protection is a matter of course, but we must look whether we can and must do more," he told the conservative Frankfurter Allgemeine Zeitung daily, according to the Reuters news agency.
Last Update: Aug 14, 2014 11:25 am
RELATED TOPICS