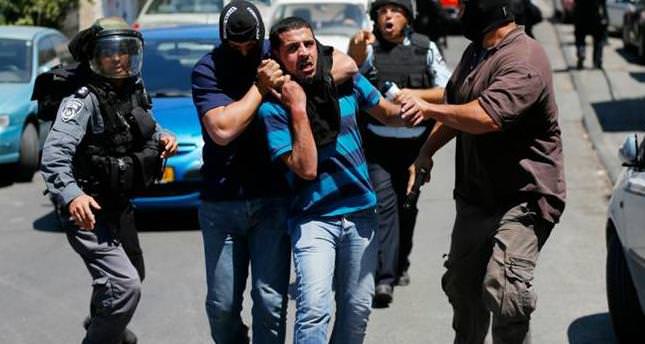 by AA Aug 15, 2014 12:00 am
Israeli authorities have released eight Palestinians captured by army forces during a military onslaught on the Gaza Strip, the Palestinian Ministry of Prisoners' Affairs said Friday.

The ministry said in a statement that the eight Gazans had been released late Thursday.

Earlier this week, the ministry had put at 26 the number of Gazans captured by Israeli forces during its military offensive in the Gaza Strip.

At least 1962 Palestinians have been killed and more than 10,000 others injured in Israeli attacks on the Gaza Strip since July 7, according to the Palestinian Health Ministry.

Thousands of homes in Gaza have also been destroyed over the same period.