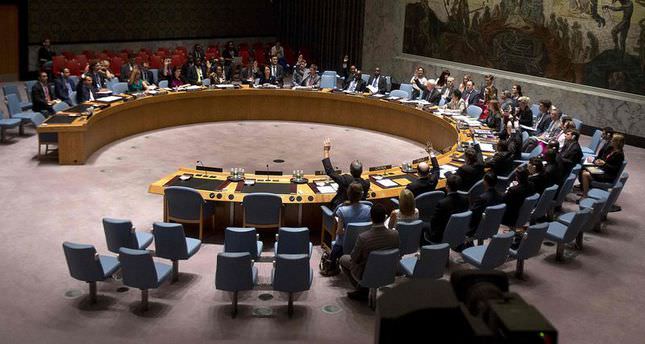 by Aug 15, 2014 12:00 am
The United Nations Security Council took aim at ISIS militants in Iraq and Syria on Friday, blacklisting six people including the ISIS spokesman and threatening sanctions against those who finance, recruit or supply weapons to the insurgents.

The 15-member council unanimously adopted a resolution that aims to weaken the ISIS - an al Qaeda splinter group that has seized swaths of territory in Iraq and Syria and declared a caliphate - and al Qaeda's Syrian wing Nusra Front.

ISIS has long been blacklisted by the Security Council, while Nusra Front was added earlier this year. Both groups are designated under the UN al-Qaeda sanctions regime.

Friday's resolution named six people who will be subject to an international travel ban, asset freeze and arms embargo, including ISIS spokesman Abu Muhammad al-Adnani, an Iraqi described by U.N. experts as one of the group's "most influential emirs" and close to its leader Abu Bakr al Baghdadi.

ISIS's swift and brutal push to the borders of Iraq's autonomous ethnic Kurdish region and toward Baghdad has sparked the first U.S. air strikes in Iraq since the withdrawal of American troops in 2011.

The Security Council resolution "deplores and condemns in the strongest terms the terrorist acts of ISIS and its violent extremist ideology, and its continued gross, systematic and widespread abuses of human rights and violations of international humanitarian law."