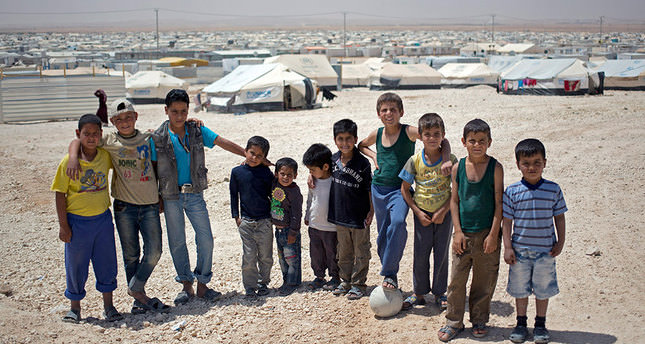 by AA Aug 16, 2014 12:00 am
The president of the Syrian National Council has praised Turkey's support for Syrian refugees.

"The number of Syrian refugees living in camps in Turkey has surpassed one million," George Sabra said Friday in a written statement. "Turkey has shown itself to be an exemplary host country during the Syrian people's difficult period."

"Turkey has opened its door to the ones who escaped from the cruelty of Assad, granting them residence permission, helping them with health, education and transportation issues," the statement said.

More than 100,000 people have been killed during the three-year conflict in Syria between the regime of Bashar al-Assad and opposition groups, according to the U.N.

The fighting, which entered its fourth year in March, has also internally displaced more than 6.5 million people. An additional 2.5 million are registered as refugees in the neighboring countries of Turkey, Lebanon and Iraq.

Sabra thanked the Turkish government and charities for their "historic faithful stance," and promised that the Syrian people would abide by Turkish law.

Sabra called on Syrians to repay kindness with kindness.