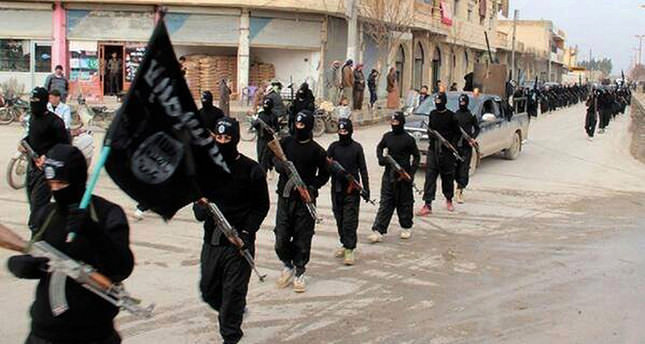 A U.S. Central Command statement Friday said that Kurdish forces reported that militants from the ISIS were attacking civilians in the village of Kawju, south of the village of Sinjar -- about 80 miles (125 kilometers) west of the city of Mosul.

The so-called ISIS seeks to establish a caliphate in the Middle East, particularly in Iraq and Syria, erasing national boundaries drawn by Europeans in the wake of World War I.

U.S. aircraft identified ISIS armed vehicles on a roadside south of Sinjar and, at about 10:10 a.m. Eastern Daylight Time (1410GMT), the jets destroyed two of the vehicles.

Militants from the ISIS, which then called itself the ISIS of Iraq and the Levant, or ISIL, captured Mosul in June and then surged across northern Iraq, taking control of several predominantly Sunni cities.

Peshmerga, the forces of the Kurdistan Regional Government, have been fighting fierce battles with the heavily armed ISIS militants.

Although ISIS forces have not been able to take over Erbil, the capital of the Kurdish region, which lies 57 miles (92 kilometers) southwest of Mosul, the militants still pose a threat to the city.

The U.S. has launched several airstrikes on the ISIS and its equipment in the past week, since President Barack Obama authorized U.S. forces to protect U.S. facilities in Erbil and allow humanitarian aid to reach civilians threatened by the militants.