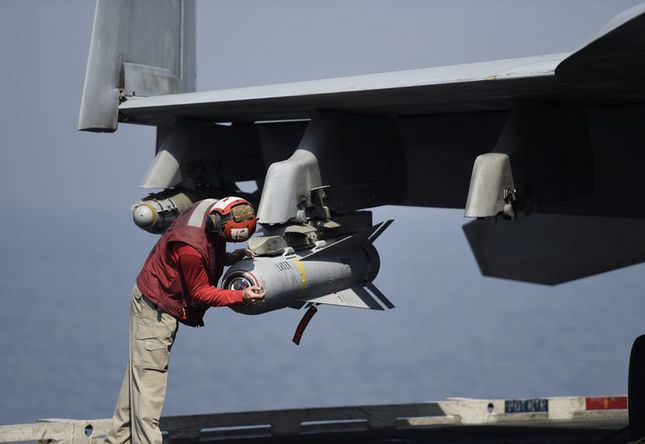 by Associated Press Aug 17, 2014 12:00 am
U.S. officials say a mix of fighter planes and remotely piloted aircraft have attacked ISIS militants near the Iraqi city of Irbil and the Mosul Dam.

In a statement, U.S. Central Command said the airstrikes Saturday were launched under the authority to support humanitarian efforts in Iraq, as well as to protect U.S. personnel and facilities.