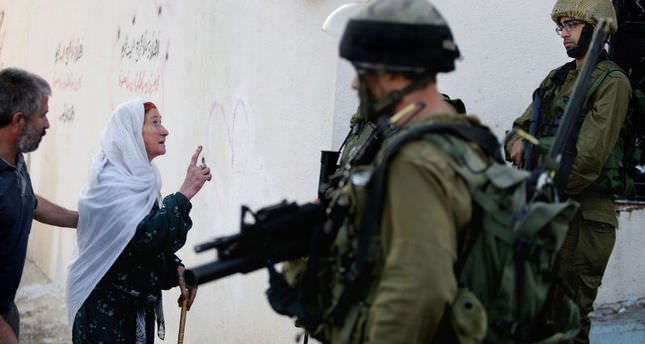 by AA Aug 18, 2014 12:00 am
The Israeli army detained 12 Palestinians in different parts of the occupied West Bank in the early hours of Monday.

According to an army statement, the twelve Palestinians were "wanted" by the Israeli authorities.

The army gave no further details.