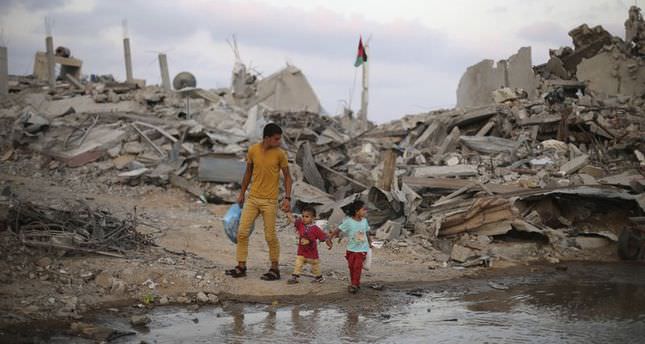 by AA Aug 18, 2014 12:00 am
Palestinian factions and Israel have agreed to an Egyptian proposal to extend a temporary ceasefire in the Gaza Strip by 24 hours.

Israel has reportedly agreed to extend the ceasefire by 24 hours, sources were quoted as saying by Israeli daily Yediot Aharonot.

Egypt, which has been mediating indirect talks between the two sides, has not officially announced the one-day extension.

A five-day ceasefire between Palestinian faction and Israel is set to expire by Monday midnight.

Palestinian factions and Israel have been holding indirect talks in Cairo aimed at reaching a permanent ceasefire to end one of Israel's deadliest ever offensives against the Gaza Strip, which left at least 2016 people dead and more than 10,000 others injured.

About 64 Israeli troops were also killed in Gaza combat, while three Israeli civilians were killed by rockets fired from the coastal enclave.

The coastal strip, home to some 1.8 million Palestinians, has reeled under a crippling Israeli blockade since 2007, which has badly affected residents' livelihoods.