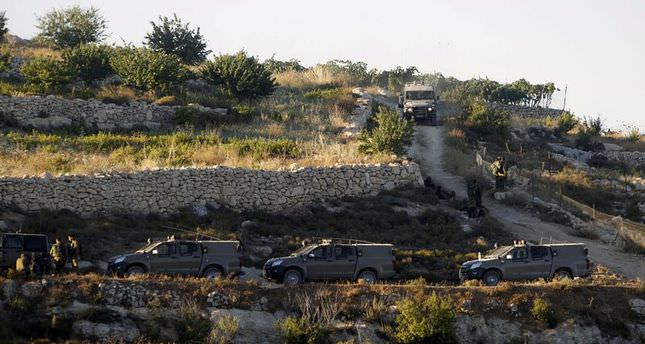 by Associated Press Aug 18, 2014 12:00 am
Israeli troops have demolished the homes of two Palestinians suspected in the abduction and killing of three Israeli teens whose deaths sparked the war in Gaza, and sealed up the home of a third.

The military says the West Bank homes were destroyed early Monday, according to procedure in dealing with militants suspected of major crimes.

The three teens Eyal Yifrah, Gilad Shaar and Naftali Frenkel were slain in June in the West Bank.

Their deaths led to wide-ranging Israeli raids in the West Bank and precipitated a month of bitter fighting between Israel and Hamas in the Gaza Strip.

The suspected mastermind, Hussam Kawasma, has been in Israeli custody since July. Two other suspects, identified by Israel as Marwan Kawasma and Amer Abu Aysha, remain at large.