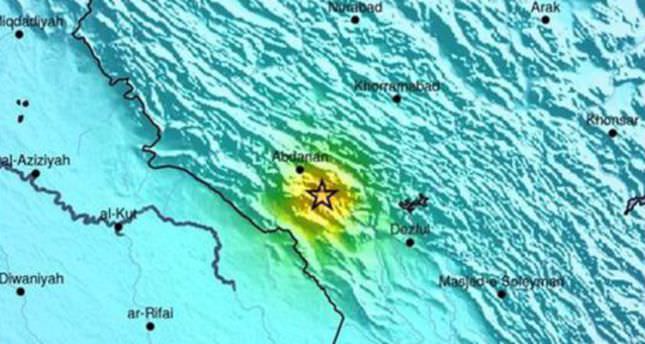 by AA Aug 18, 2014 12:00 am
At least 250 people were wounded when a 6.1 magnitude earthquake destroyed thousands of houses in southwestern Iran early Monday morning, local authorities said.

The co-ordinator for local authorities in Ilam Province, Ahmad Karami confirmed for Iranian news agency IRNA that the number of wounded had risen to 250.

Tehran University seismological centre said the earthquake struck at 07:02 (local time) at a depth of 10 kilometers and was followed by a series of aftershocks.

U.S. Geological Survey said that the epicenter of the quake was 48 kilometers southeast of the city of Abdanan, in Ilam Province, 40 kilometers from the Iraqi border.

Governor of Abdanan Majid Asgari said that the quake had destroyed around 2,700 houses in Abdanan city and its district Mormury, the epicenter of the quake.

Iran, being crossed by several major fault lines, is prone to frequent deadly earthquakes almost each year. According to official reports, the worst earthquake in recent times struck Kerman Province in Dec. 2003, killing at least 31,000 people.