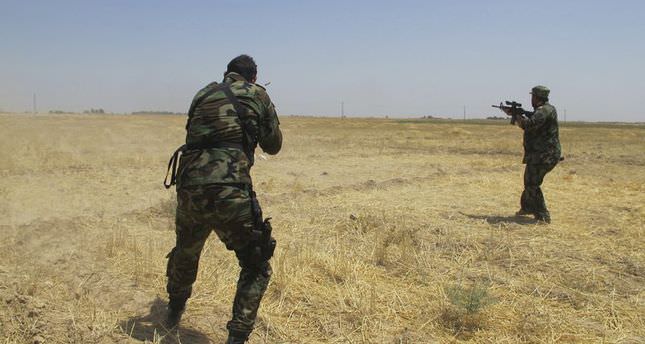 by Aug 19, 2014 12:00 am
Iraqi government troops and allied militiamen launched a major operation on Tuesday to retake the city of Tikrit from the self-proclaimed Islamic State of Iraq and al-Sham (ISIS) militants, senior officials said.

"The Iraqi army and (Shiite) volunteers, backed by Iraqi helicopters, are taking part" in the operation to retake the hometown of executed former president Saddam Hussein, a high-ranking army officer told AFP.

He said the military push started early in the morning from the south and southwest of the city, which lies around 160 kilometres north of the capital Baghdad.

The operation came as ISIS militants were busy on other fronts further north, where resurgent Kurdish pershmerga forces, buoyed by Western arms deliveries and US airstrikes, have gone on the offensive.

ISIS militants which had already occupied parts of Syria launched an offensive in Iraq on June 9 and soon took over much of the country's Sunni heartland.

Iraqi government forces, which folded when ISIS militants swept across five provinces more than two months ago, have made Tikrit one of the main targets of their fightback.

The army, with the support of Shiite volunteers, have tried and failed twice to take back Tikrit.