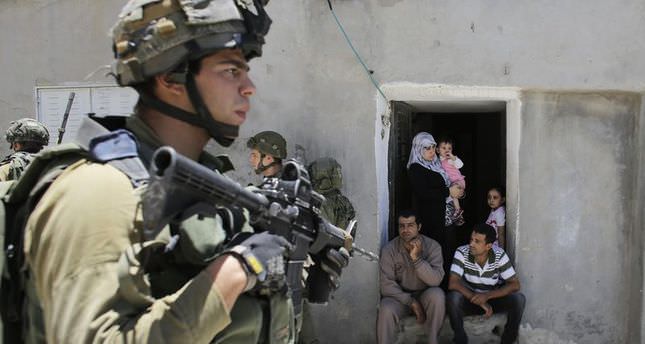 by AA Aug 19, 2014 12:00 am
The Israeli army detained 12 Palestinians in different parts of the occupied West Bank in the early hours of Tuesday.

According to the army's Twitter account, the twelve Palestinians were "wanted" by the Israeli authorities and were referred to interrogation.

The army gave no further details.

Hundreds of Palestinians, including several Hamas members, former ministers and lawmakers, have since been detained.

Some 5200 Palestinians continue to languish in Israeli jails, according to estimates by the Palestinian Prisoners' Society.