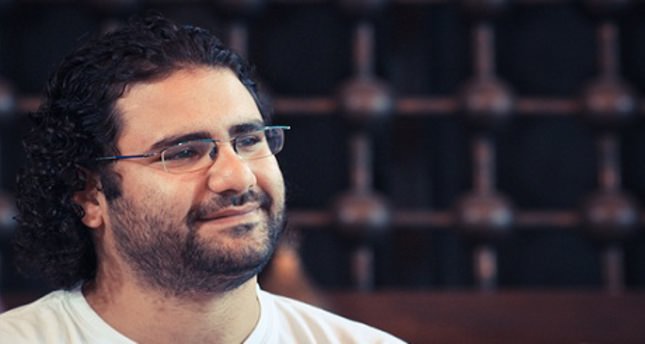 by Associated Press Aug 19, 2014 12:00 am
A prominent activist in Egypt has begun a hunger strike to protest his imprisonment after being convicted on charges of violating the country's widely criticized protest law.

Alaa Abdel-Fattah came to fame during the 2011 revolt that toppled longtime autocrat Hosni Mubarak. His sister is detained over similar charges.

In a statement Tuesday, the activist was quoted as saying: "I will no longer play the role they have written for me." It said that he started his hunger strike on Monday night.

His hunger strike comes a day after he visited his unconscious father, a longtime rights lawyer, in hospital after undergoing surgery.

Abdel-Fattah won appeal and retrial after he was sentenced to 15-year in prison for inciting and participating in a demonstration last year.