35 killed by Assad forces throughout Syria 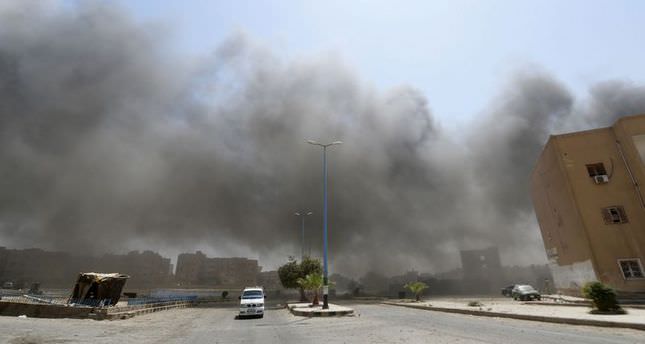 by AA Aug 20, 2014 12:00 am
Bashar al-Assad army troops' attacks on cities in areas under the opposition's control killed 35 people Tuesday, according to the Syrian Observatory for Human Rights Organization.

Twelve people were killed in Hama, 9 in the suburbs of capital Damascus, 7 in Aleppo and one person in Idlib, Deir ez-Zor, Daraa and Latakia each, according to the organization.

Meanwhile, the General Council of the Syrian Revolution, a coalition of around 40 opposition groups, said in a statement that the militant group ISIS attacked a military airport in Ar-Raqqah, using heavy weapons.

The statement also said that clashes occurred between the ISIS and units linked to the Islamic Front in the north of Aleppo.