American planes, drones did nearly a dozen airstrikes in Iraq: US official 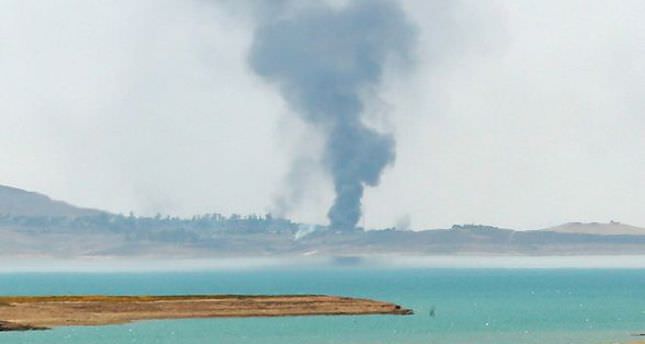 by Associated Press Aug 20, 2014 12:00 am
A U.S. official says American fighter jets and drones conducted nearly a dozen airstrikes in Iraq since Tuesday, even as ISIS militants threatened to kill a second American captive in retribution for any continued strikes. The militants released a video Tuesday showing U.S. journalist James Foley being beheaded.

The official says the airstrikes were in the area of the Mosul Dam and were aimed at helping Iraqi and Kurdish forces create a buffer zone at the key facility. The strikes have helped Iraqi and Kurdish troops reclaim the dam from the insurgents.

The militants threatened to kill a second American journalist, Steven Sotloff, who is being held captive in case of airstrikes. The official was not authorized to discuss the ongoing operations publicly and spoke on condition of anonymity.