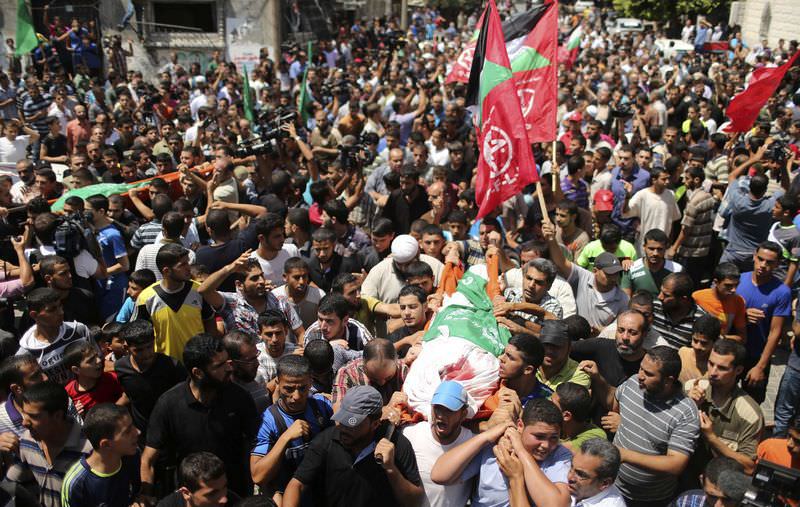 by AA Aug 20, 2014 12:00 am
Thousands of Palestinians on Wednesday took part in a massive funeral for the wife and son of Mohamed Deif, the commander of the Ezzeddin al-Qassam Brigades, the armed wing of resistance faction Hamas.

Mourners chanted anti-Israel slogans while carrying the coffins of the slain mother and son in the Jabalya refugee camp in northern Gaza Strip.

At least 21 Palestinians have been killed by Israeli strikes across the Gaza Strip since Tuesday, when the self-proclaimed Jewish state resumed its attacks on the Palestinian enclave.

Israel has accused Palestinian factions of violating a temporary ceasefire and pulled its negotiators from indirect talks in Cairo aimed at reaching a permanent truce deal.

Hamas, for its part, accused Israel of seeking to derail the indirect negotiations in Cairo.

For the last two weeks, the Egyptian capital has hosted indirect Palestinian-Israeli talks aimed at hammering out a permanent ceasefire arrangement.