ISIS executes a US captive, sends message to White House 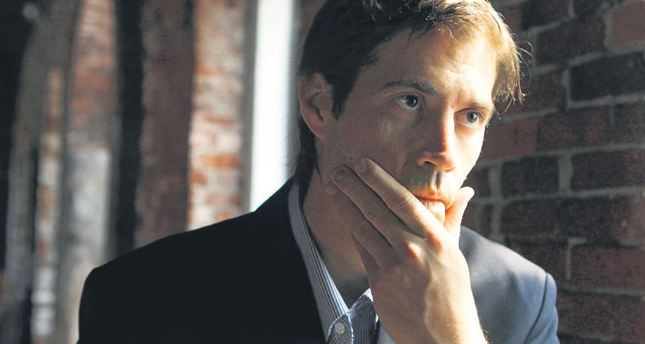 After the U.S. started conducting airstrikes in Iraq against ISIS targets, ISIS militants released a video showing the execution of an American journalist saying U.S. presidents are his real killers

The Islamic State of Iraq and al-Sham (ISIS) sent a horrible warning to the U.S. by releasing a video of the execution of an American journalist, James Foley, captured in Syria more than 600 days ago. The four-minute video opens with a clip of U.S. President Barack Obama authorizing air strikes in Iraq that target ISIS militants.

After this introduction, a title screen appears with the words "Message to America," followed by an American citizen, identified as James Foley, saying that American leaders are his "real killers." After delivering his speech, Foley is apparently executed by a man dressed in black with a knife. The ISIS militant is likely to be a native English speaker who speaks with a British accent.

Caitlin Hayden, a representative for the National Security Council at the White House, said in a statement that the intelligence community of the U.S. was still working to confirm the authenticity of the video. "We saw a video claiming to be the murder of an American citizen, James Foley, by ISIS," said Hayden. She continued: "The intelligence community is working as fast as possible to understand its authenticity. We are shocked by the brutal murder of an innocent American journalist, and we express our deepest condolences to his family and friends. We will provide more information when it is available. " The White House said Tuesday that Obama had been "informed" about the video by current deputy national security advisor for strategic communications Ben Rhodes and continued to receive regular updates throughout the night.

On the "Free James Foley" Facebook page, the murdered journalist's mother Diane issued the following statement: "We have never been more proud of our son Jim. He gave his life trying to expose to the world the suffering of the Syrian people. We implore the kidnappers to spare the lives of the hostages. Like Jim, they are innocent. They have no control over the policies of the American government in Iraq, Syria and elsewhere in the world. We thank Jim for all the joy he gave us. He was an amazing son, brother, journalist and person. Please respect our privacy in the days ahead as we mourn and cherish Jim."

Foley was a Global Post contributor, and his newspaper spent "many, many, many hundreds of thousands of dollars" to find him during his first six months in captivity, according to a report by a Boston public radio station. His family believed that Foley, who was captured in northeastern Syria on Thanksgiving Day, 2012, was in Syrian military custody and held as a prisoner of the regime of Bashar Assad. On May 3, 2013, Global Post reported, "They believe the Syrian government holds Foley in a detention center near Damascus."

While ISIS is an al-Qaida offshoot, the group was not official until April 2013. Therefore Foley was captured by another group and the group has likely joined ISIS. Foley had reported from a number of other conflict zones, including Afghanistan and Libya, where he was held captive by the Gaddafi regime for 44 days. Foley later published a series of reports detailing his experiences as a detainee in different Libyan prisons for more than a month.
Last Update: Aug 21, 2014 1:43 am
RELATED TOPICS