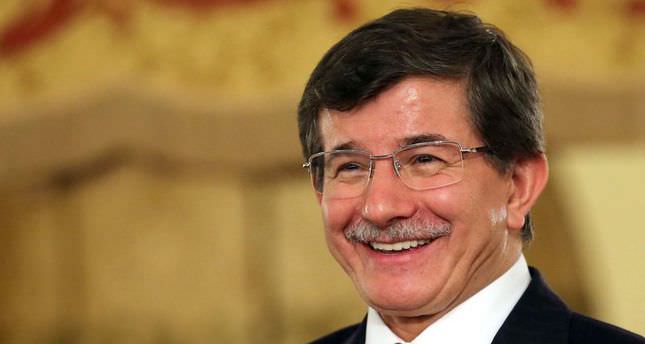 by AA Aug 22, 2014 12:00 am
The nomination of Turkish Foreign Minister Ahmet Davutoglu for his country's premiership received a warm welcome in the tiny, blockaded Gaza Strip.

"We received news of Davutoglu's nomination to head up the Turkish government with joy due to his closeness to former premier Recep Tayyip Erdogan," Ismail Abu Saada, a 24-year-old Gaza resident, told Anadolu Agency.

"Both men work towards the same objectives and in the service of oppressed peoples, including the Palestinians," he added.

Erdogan, who won the country's presidential elections earlier this month, has nominated Davutoglu - his foreign minister-to succeed him as prime minister and leader of his ruling Justice and Development Party, also known as the AK Party.

Davutoglu's name was reached by consensus after intense negotiations within the party, Erdogan said Thursday following a meeting of the party's highest decision-making body.

Abu Saada said that Gazans remembered Davutoglu for his visit to the Gaza Strip in the wake of Israel's 2012 assault on the strip, during which he had broken into tears after seeing the scale of destruction wrought by Israel's onslaught, in which dozens of Palestinians were killed.

"The Palestinians look to leaders like Davutoglu and Erdogan to defend them and help fight the injustice they face," Abu Saada added.

Davutoglu's tearful reaction is still vivid in the memory of Ihab al-Ghusain, a senior government official in Gaza.

"What is special about Davutoglu is that he did not forget his humanitarian side despite his political position," he said.

"Davutoglu is a great personality; I expect him to maintain his humanitarian and political support for the Palestinian cause," he added.

"Davutoglu will be the best successor to Erdogan; he will maintain the same pro-Palestine policy," he added.

"I expect Davutoglu to play a major role in supporting the Palestinian cause and confronting Israel's crimes," Khalil, a lecturer at the Islamic University in Gaza, told AA.

"The Palestinian people want political support from Turkey to highlight Palestinian rights on the international stage," he said, noting that Turkey was one of very few countries providing the Palestinians with tangible support.

The Gaza Strip has reeled under a crippling Israeli blockade since 2007, which has made the lives of the coastal enclave's roughly 1.8 million inhabitants almost unbearable.

An ongoing Israeli military offensive against the Palestinian territory has left 2089 Palestinians dead and more than 10,000 injured, while leaving thousands of homes and buildings in Gaza in ruins.

Yahiya Halas, a 24-year-old Gazan, voiced hope that Davutoglu would be able to help end the ongoing Israeli war on the Palestinian enclave.

"I hope to see Davutoglu as a 'new Erdogan' who makes urgent and daring decisions to help end the Israeli aggression on Gaza," he told AA.

Turkey's image among Palestinians has been boosted in past years, while relations between Ankara and Tel Aviv have deteriorated, since Israeli commandos killed ten Turkish nationals - including a Turkish-American citizen-taking part in a 2010 aid flotilla to Gaza.

Turkey has also strongly criticized Israel's ongoing offensive against the Gaza Strip, with Erdogan describing the onslaught as "genocide."