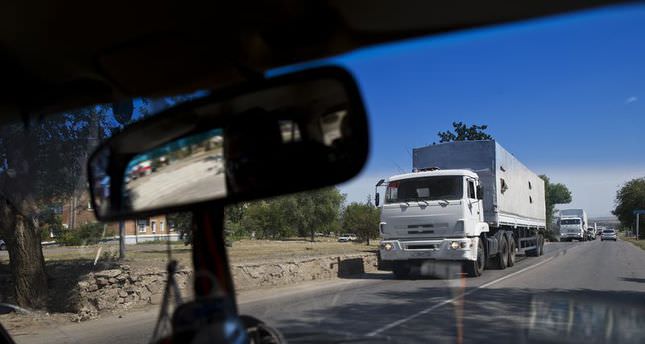 by Associated Press Aug 22, 2014 12:00 am
NATO's secretary general has condemned Russia for sending a "so-called humanitarian convoy" into eastern Ukraine without the consent of the Ukrainian government.

Anders Fogh Rasmussen called Russia's unilateral decision to send more than 130 trucks filled with what it called humanitarian aid into rebel-held areas " a blatant breach of Russia's international commitments" and "a further violation of Ukraine's sovereignty by Russia."

Rasmussen said in a statement in Brussels that Friday's deployment in the conflict-torn area of Luhansk, Ukraine, could deepen a crisis "which Russia itself has created and has continued to fuel."

He said the action has coincided with "a major escalation in Russian military involvement in Eastern Ukraine since mid-August, including the use of Russian forces." Rasmussen urged Moscow "to stop destabilizing Ukraine."