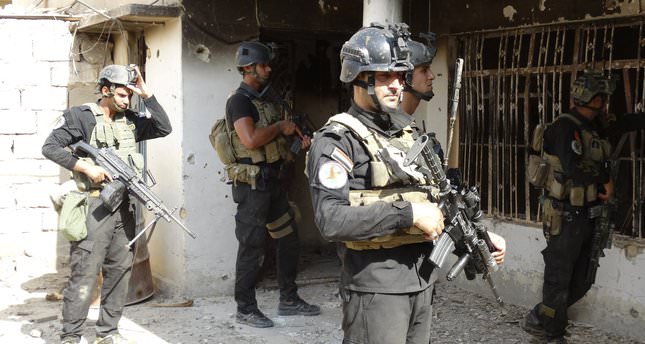 by Aug 22, 2014 12:00 am
Iraqi Shi'ite militiamen opened fire on minority Sunni Muslims in a mosque on Friday, killing dozens just as Baghdad is trying to build a cross-community government to fight self-proclaimed Islamic State of Iraq and al-Sham (ISIS) whose rise has alarmed Western powers.

One Iraqi security source said 73 people had been killed when the militias attacked the mosque in Baquba, capital of Diyala province northeast of Baghdad, on the Muslim day of prayer. Some witnesses put the death toll higher.

The bloodbath marks a setback for Prime Minister-designate Haider al-Abadi, from the majority Shi'ite community, who is seeking support from Sunnis and ethnic Kurds to take on ISIS insurgency that is threatening to tear Iraq apart.

In the northern city of Mosul, ISIS stoned a man to death, witnesses said, as the United States raised the prospect of tackling ISIS safe havens across the border in Syria.

In a regional conflict which is throwing up dilemmas for governments from Washington to London to Baghdad and Tehran, any U.S. action against ISIS in Syria would risk making common cause with President Bashar al-Assad - the man it has wanted overthrown in a three-year uprising.

ISIS, which this week released a video showing the beheading of American journalist James Foley, stoned the man to death in Mosul after one of its self-appointed courts sentenced him for adultery, the witnesses said.

The stoning, which happened on Thursday, was the first known instance of the punishment by ISIS militants in Iraq since it seized large areas of the country in a June offensive. Having poured in from Syria across a desert border that it does not recognised, the movement has declared its own caliphate.

Similar stonings by the radical group have been previously reported in Syria, where it split from al Qaeda. ISIS is the most powerful rebel group fighting Assad's forces in a civil war which the United Nations said has claimed almost 200,000 lives at the very least.

Iraqi government forces - which at first put up little serious resistance - are starting to fight back.

Along with fighters from the Iraq's Kurdish autonomous region, they tried on Friday to recapture two towns near the Iranian border, security sources said, backed by U.S. airpower and Iraqi fighter planes.