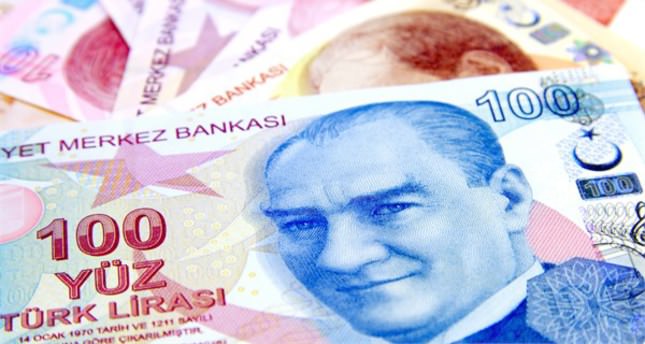 by AA Aug 22, 2014 12:00 am
Senior economists admitted that International institutes and credit rating agencies have underestimated Turkey´s growth rate in their earlier reports, as they one by one upgraded growth forecasts for the country in their latest reports.

At the beginning of 2014 financial institutes estimated weak growth figures for Turkey after Central Bank of Turkey raised interest rates significantly in late January to prevent depreciation in domestic currency, Lira, in wake of FED's tapering its monetary stimulus program and political turmoil prior to local elections.

However many international institutes such as OECD, World Bank, S&P and Fitch have recently upgraded their growth forecasts for Turkey significantly after Turkey showed a robust growth performance in last quarter of last year and first quarter of 2014.

Maggio said that he revised up growth estimatess for Turkey recently.

"Majority of the pessimistic forecasts had been previously biased by the high interest rate environment. With the CBRT now slashing rates faster than expected only 3 months ago, the pre-conditions for faster growth are being created" he said.

International finance institutions were pessimistic for Turkey's growth outlook in first quarter of the year, citing geopolitical tensions in the region, weak recovery in Europe and policy tightening.

"I think we all underestimated the durability of the Turkish economy over the past 18 months, and despite political instability, social unrest and exchange rate volatility and policy tightening" Timothy Ash, Emerging Market Chief Economist at Standard Bank said.

On February 1 this year, the Banking Authority of Turkey (BDDK) imposed new measures to curb the use of loans to restrict the country´s growing inflation and current account deficit, suppressing domestic demand after drastic rate rises were introduced by the Central Bank on 29 January.

Referring to those measures Deputy Prime Minister of Turkey, Ali Babacan, recently said the effects of the European recovery and the implemented economic measures have been seen quickly, with a significant decrease in current account deficit and a 10 to 20 percent increase in exports to countries such as Germany, Spain and the United Kingdom.